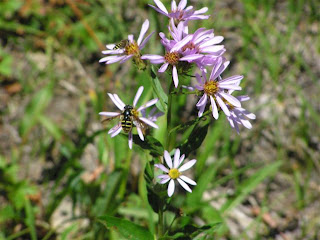 Welcome to a new week at the Blogging Bookworm! I'm preparing to go on vacation, so I don’t know how much reading I’ll get to this week, but last week I did a bunch! I started with "See You in a Hundred Years" by Logan Ward. It’s the story of a family who decided to do their own version of PBS’s "1900 House" by moving to the country and living without anything that wasn’t invented by the year 1900. It's not terrible (green bean enjoyed it, so you might, too), but it just didn’t hold my interest and I gave up after reading the first section of the book. Awhile back I read "Better Off" by Eric Brende. It’s a similar story and I'd recommend it over this one.

I’ve had New York Times bestseller, "The Shack" by William P. Young recommended to me by people who said it changed their lives, so I decided it was time I read it and learned what the buzz was all about. The book is a fictional account of a man whose young daughter is murdered, and then several years later he gets a letter inviting him to spend a weekend with God (portrayed as a black woman who goes by the name of "Papa") in the shack in which the murder took place. They say that "The Shack" is like cilantro – either you love it or you hate it. I know a lot of people have found it very helpful, but I just found it weird. I’ve written a full review on my own blog for anyone who wants to know more, but I didn't give it very many stars.
On a brighter note, I got an email from the library telling me that it's finally my turn to read "Simple Prosperity" by David Wann. I read just enough pages the last time I borrowed it from the library (and had to return it before I had a chance to read more) that I am really looking forward to it!
Hope your reading this week was better than mine. We leave on our camping trip Saturday, so please add your new book reviews, etc. in the comments by Friday afternoon and I'll add them to the Bookworm before I leave. Thanks!
Posted by Donna at 12:01 AM

For another review of The Shack - try my church website here ... http://www.dawsonchurch.org/.
Go down the right side to "Pastor's Blog".
Per http://www.merriam-webster.com/dictionary/allegory - this book/story most resembles this definition of an "allegory": "the expression by means of symbolic fictional figures and actions of truths or generalizations about human existence; also : an instance (as in a story or painting) of such expression."

It was enlightening for me - but I have witnessed the death of a brother and a young husband, the loss of another marriage, death of both parents and significant disappointment and grief. It helped me considerably with forgiveness and why "bad things happen to good people."

I feel it is different for each who reads it - so give it a try...if you wish.

I'm reading The Big Green Purse. Liking it. I don't find it super helpful because I've made a lot of these changes already but it is very user friendly and sure would have been helpful a year ago. Even, now though, it's a worthwhile read.

mad: I followed the link to your pastor's review and I agreed with just about everything he said -- strengths and weaknesses. I'd take issue with his statement that the book is well-written, but I see what he meant by that. Thanks so much for your comments and I'm glad you found the book helpful.

gb: Sounds like I need to find a copy of that one! I'm not as far along the green path as you are and so it might be very helpful!

LOL, Donna I just received the same email from my library!! I've written the tiniest of tiny reviews of Deep Economy on my blog. (Basically it says come here. Heh.)

Otherwise I've been reading "Growing Vegetables West of the Cascades," cuz I learned to grow in a very different environment! Simple Prosperity is next! Horrah for the library hold system!

Melinda: Sounds like we'll both enjoy Simple Prosperity this week! I just picked it up from the library this afternoon and am planning to take it with me on vacation.

BTW, I've also read the Growing Veggies book and it's amazing. I hope you own your copy because you're going to want to refer to it like an encyclopedia!