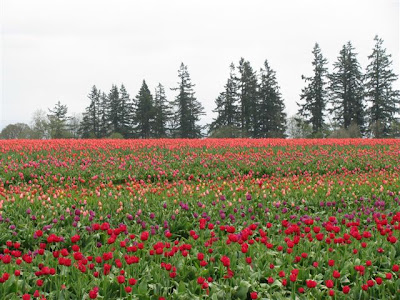 Rather than reading new books recently, I seem to be revisiting old favorites. Recently I had the privilege to hear Greg Mortensen (3 Cups of Tea) speak at a local event. It was fun, and the musical ensemble was the only western group who play a certain type of Pakistani music. I hear that when they play in Pakistan, they draw crowds of 15-20 thousand.

Greg Mortensen was remarkable in his un-remarkableness. If you've read the book, you know all about this extraordinary man who is making such a difference. (If you haven't read it, check out the reviews from our sidebar.) To see him in person and to hear him speak, you'd think he was just an ordinary middle-aged businessman who could stand to lose a couple pounds. He is an unpolished, not particularly charismatic speaker and he comes across as completely average, except that he really believes in what he's doing. It's amazing, and maybe the point, that someone that normal could achieve what he has. They announced at the event that a bipartisan group in the Senate has just nominated Mortensen for a Nobel.
Fans of The Tightwad Gazette will appreciate that recently I accidentally fell in love with a pre-1900 farmhouse with attached shop. We're crazy, but my husband and I are actually considering it.
Lastly, I have published my book! I'll talk more about it next month, but if you're curious, check out The Purple Elephant.

Congratulations on your book! How exciting! I'm looking forward to hearing more about it...

Congratulations on the book!!

Also, loved hearing about Greg Mortenson talk. I adored Three Cups of Tea and all that he stands for.

Congratulations on the book, Donna, that is awesome news!!

I read (and loved) Bottomfeeder this spring after reading all the great reviews here, but now I taking a break from "green" books and reading some books about Ireland. Reading The Way That I Went by Robert Lloyd Praeger now. The author walked over 5,000 miles around the Irish countryside; it was first published in 1937, and is fascinating.

I can't wait to get my copy of the Purple Elephant! In the meantime I'm reading food memoirs and M.F.K. Fisher which are only green because I walk to the library to pick them up and return them. I love the library!

(Note to Berry Bird - I'm so glad you loved Bottomfeeder!)

JAM: Thanks for your comment -- it's always great to hear what others' impressions are. Sounds like we both heard the same guy. :)

I've got Seed Folks held on reserve at our library, too. I just need to get over there to pick it up.

GB: Thanks! Yes, everybody I know loved Three Cups!

BerryBird: Thanks so much. I tried to get Bottomfeeder, but our library doesn't have it. The Praeger book sounds very interesting. You should write a review sometime. We'd be happy to post it here if you want.

kale: Your books are on their way! And yes, the library is wonderful. I don't know what I'd do without it. I take my son there every week and every week he comes home with about 10 more fireman and workman books. :)

Stumbled across great review at Beany's blog on Food Politics.