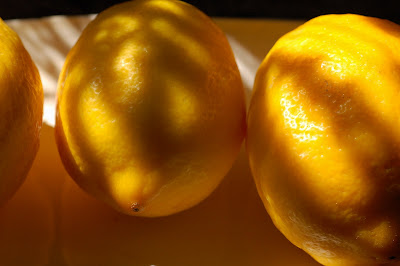 Last month I saw the author of Bottomfeeder, Taras Grescoe, speak at Book Passages in the Ferry Building. Me and seven other people. Three were his friends. It was admittedly an unseasonably warm evening but I expected a higher turn out.

Taras is a young man, almost shy, to the point I didn't buy the book. His hesitation became my own. He was solid in the content of the book but a salesperson he's not. Which is too bad because his book is a winner. After reading it from the library, I'm sold.

Bottomfeeder is to seafood what Omnivore's Dilemma is to corn, what Uncertain Peril is to the seed. This book is a top of the list read for anyone with an appetite for fish and half a conscious to eat responsibly.

Part travelogue, part food memoir, part wake up call to the state of global fish stocks, Taras begins his journey of seafood in NYC exploring fish on the menus of four star restaurants. He travels to the fish markets of Japan for an investigation of blue fin tuna, to Marseilles for bouillabaisse and with many stops in between ends in Nova Scotia at a factory for fishsticks. In each place he eats the local catch, explores the history, traditions and present day wild stocks of seafood. And he interacts with salty characters on every shore.

Following him down to the waterfront, I watched him strip to his trunks, don flippers and a snorkel mask, and swim a few yards out to his racks of oysters..... Emerging from the water, he bade me follow him into a stone toolshed, where he responded to all my questions while standing unselfconsciously naked. (He explained that it is healthier to let the breeze dry one off after swimming.)

Each chapter puts a face to the men and women fishing, farming or working the fisheries. The people that experience or deny first hand the affects of overfishing, of destructive methods of aquaculture, invasive species, dead zones and unsustainable fishing methods.

As I was shown more sores and patches of dry skin on slender arms and legs, the old woman with the thick glasses took my notepad and wrote in it, in a schoolgirlish hand: "Dysentery. Ulcer. Womitting. Itching. Breathing problem." All of them, Selapan explained, were maladies that afflicted the people of Riverbank Street since the shrimp farms arrived.

Each destination brings to the surface new challenges to maintaining species of fish native to our varied cultural diets. But Grescoe doesn't let the book drown in despair. He is a constant fish eater with no plans to give it up. He chooses his fish wisely and hopes we will too.

Surprisingly McDonald's has chosen wisely. Their Filet-O-Fish sandwich uses Alaskan pollock whose stocks are still abundant. The Alaskan pollock, live in the middle of the water column, which mean destructive bottom-trawls do not have to be used in their capture.

Several times reading this book I day dreamed taking up post at the local fish counter with a patent leather purse on the crook of my arm. And swinging it at people that ordered fish from the list to avoid. Tara's takes a smarter approach. ... knowledge is power, he writes.

My fierceness would be more effective copying and distributing the appendix from Bottomfeeder that includes tools for choosing seafood with informational web sites, principles to follow, questions to ask. He succinctly explains and categorizes the good, bad and the ugly of fishing methods. And he gives his opinion of seafood to never, sometimes or absolutely indulge in.

While the contents of the entire book are relevant and important beyond the fish we find or don't find on our plates there are two chapters that stand out. The first deconstructs shrimp farming in India and the second focuses on salmon farming in British Columbia. Reading them you may find yourself considering a patent leather purse as I did.

If that's the case, remember knowledge is power when buying fish. Let the appendix of this book be your guide.

READERS: Recommended for all green and blue readers
Posted by Kale for Sale at 10:25 PM

Wow, that book sounds fascinating. I'll add it to my list. Thanks for the review!

I've been wondering if I should pick up a copy or not... Guess I should.
My husband and his brother have an aquaculture business (my husband's hobby, while his brother is the owner). They grown clams and oysters, which is sustainable and actually cleans the water (they're filter feeders!), unlike salmon and shrimp farming. They just put the "seed" or baby clams on the bottom, cover them with screens to protect them from predators, then harvest them three years later. In our area, we're running out of wild shellfish, so farming them actually helps the wild populations to recover as well. Just wanted to get it out there that not all aquaculture is non-sustainable, and that farm raised clams and oysters are in some cases better for the environment than the wild ones.
Thanks for the review! As a seafood lover, I'm definately going to read it and pass it on to my husband and his brother.

You definitely seem to be able to sniff out the best reads, Katrina! Thank you for sharing this one.

berrybird - The book is way better than my review.

abbie - I'm so glad you commented about sustainable aquaculture. Thank you. The book has several good examples and the prime one being oysters and what fabulous filters they are. There's an entire chapter on east coast oysters and the benefit they are to the ecosystem and their current status, which was not great. I selfishly hope you read this because I would love to read your review of it given that you are so close to the business. And a seafood lover of course.

green bean - This one hooked me.
(That was bad but I couldn't resist.)

Excellent review, and I'll be checking my Library shelves tomorrow. Since going beef and pork free- - meat lite- - -I've been doing a few more fish items. I'll have to review this to see what I should and should not eat.

I'd be of particular interest to any information as to Fish Oil tablets, of which I take many to combat inflamation and for the Omego 3's. Shannon

going crunchy - The author has several references to omega-3 capsules with a good index to find them with. What I couldn't find from the index is what kind of fish the oil comes from in the capsules and I'm sure he wrote about that. But maybe not. One thing that was interesting is that farmed salmon is being fed more vegetable oil in their pellets instead of fish oil, which lowers the level of omega-3's in farmed salmon.