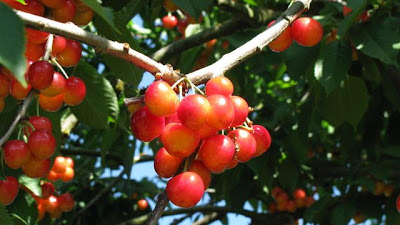 The Bookworm’s got a theme going this month - we’re all recommending our five favorite green reads. We thought it would be a great way to help readers cherry pick their next book, except that by the end of the month you could potentially have a new list of 20 books. Sorry, but as my 3-year-old says after he’s made a mess, "Such is life." So here’s my contribution. I hope you find a book you’d like to read and that you enjoy it as much as I have.

"Fast Food Nation" by Eric Schlosser was the book that launched me into a new way of shopping and eating. Although it’s a little dated, it’s a fine expose of the i

ndustrial food system in America and is worthy of its frequent comparison to Sinclair’s "Jungle." If you are new to the concept of eating locally and are wondering what the big deal is, this book would be a great place to start. I recommend it because it's accessible and is a fine piece of investigative journalism. Rating: 4 out of 5. Readers: Newly green.
The local foods movement has its heroes and certainly Kingsolver (Animal, Vegetable, Miracle) and Alis

a Smith (Plenty) are right near the top. My favorite, though, is Gary Paul Nabham and his "Coming Home to Eat." Like Kingsolver and Smith, Nabhan decided to eat locally for one year. Nabhan lives in the desert, but lucky for him, he’s an expert on native plants and has the additional advantage of having friends who are members of local Indian tribes. During his local year he feasted on saguaro cactus fruit, mesquite tortillas, sea turtles, and roadkill (no kidding!). He even served it to his girlfriend, who must be some kind of a saint. Nabhan is Lebanese and seems very much at home among his Native American friends. The book is peppered with information about politics and the state of our food supply. Some of it is pretty depressing, but there is hope, too. There’s something special about this book and I felt richer for having read it. I don't know anybody else who's read this book, so somebody please choose it! Rating: 5 out of 5. Readers: medium light green to dark green.
"Three Cups of Tea" is the story of Greg Mortensen, American mountain climber turned humanitarian worker in central Asia. Operat

ing on a shoestring budget, he has accomplished more in the fight against terrorism than the entirety of the rest of America’s efforts, and he’s done it by building schools for kids.
I wish this book were required reading for everyone involved in foreign policy. (And I just learned yesterday that the Pentagon has ordered cases of the book!) Mortensen brings a face to moderate Muslims in Pakistan and a cultural understanding that is remarkable. I consider this book a "green read" because if we’re going to make it through the global challenges ahead, we’re going to have to really care about the people who live on the other side of the world. "Three Cups of Tea" is exciting, it’s relevant, it’s timely, and it’s inspirational. Rating: 7 stars out of 5. Readers: Everybody!

I didn’t intend to duplicate previous recommendations, but, like Green Bean, I just have to include the Little House books in my "Favorite Five." I’ll also add other writings of Laura Ingalls Wilder and the Little House Cookbook, which gives detailed instructions on how to prepare foods from the books. I have read all of these too many times to count, and they have influenced my thinking and attitudes more than almost any other books. They are a delightful read and I can’t praise them enough. If you’ve ever played Oregon Trail, if you’ve ever wished you were a pioneer, you’ve just got to read this series. Rating: 5 out of 5. Readers: Everybody.
Last, but certainly not least, I recommend "Listening for Coyote," by William L. Sullivan. Years ago, I wanted to do some hiking in Oregon so I purchased a hiking book. I quickly reali

zed that it was much more than a trail guide -- the author's writing style was exactly what I like! When I sent a fan letter and he actually wrote back, I had a new favorite author.
"Listening for Coyote" is a journal of Bill Sullivan's trek across Oregon in search of the meaning of "wilderness." It’s an adventure tale incorporating bits of natural history, folklore, ecology and encounters with all sorts of people who interpret wilderness in their own ways. Bill writes with a gentle sense of humor, and his style reminds me just a little of Mark Twain. I’ve read "Listening for Coyote" a half dozen times – it’s that good. If you like this book and want more, I recommend "Cabin Fever," which is a memoir of summers spent at the log cabin that Bill and his wife built by hand. It feeds my inner pioneer (do you sense a trend, here?). Rating: 5 out of 5. Readers: Everybody.
So what do you think? Has anybody read any of these or seen another cherry you'd like to pick?
Posted by Donna at 8:40 PM

How cute! I thought the post was going to be about actual cherries. :)

Other than the Little House cookbook which I own but have never actually used!!, I haven't read a single one of your fav 5. How fun! So many more books to read. Can you just find me some time?

BTW, I think I'll start with Three Cups of Tea.

Thanks for the recommendations! I have Fast Food Nation on reserve at the library now!

What a great list. The only one I've read is Fast Food Nation and I'll be first in line for anything else this man writes. I saw him speak last year and he said he's been working for many years on a book about our prison system. He doesn't pick easy subjects. He's in San Francisco again this month, speaking with Alice Waters as a prequel to Slow Food Nation.

I keep picking up Coming Home to Eat and flirting with Three Cups of Tea and now they are officially on my list as is Listening to Coyote which I've never heard of, which means I've got books to read until 2010. Not such a bad problem to have really. Thanks for the great write up.

GB: Great choice! I predict that once you start "3 Cups," you won't want to put it down, so the time thing will sort of take care of itself. The laundry won't get done, maybe, but you'll find time for reading!

jam: You got to hear Mortensen speak! I BET that was amazing!

kale: I know I've said this before, but you are so lucky to live in a place where all the authors come to speak! It sounds like you take full advantage of it, too! So glad I could add to your book list. Personally, I'd vote for "Coyote" first because I like it so much, but "3 Cups" is the most important.

One of my girlfriends was RAVING to me about 3 cups of Tea. I will borrow it from her for sure!!

Excellent reviews Donna! I must say that I'm also impressed with your ability to line up the pictures and make the spacing look perfect. Blogger never agrees with me!!! Shan

Arduous: It would be a great book to read on a long plane trip. ;-)

Shannon: Thanks so much. The spacing thing is a ROYAL PAIN!!! My husband says, "Welcome to HTML," but I go back and forth until it finally looks the way I want.